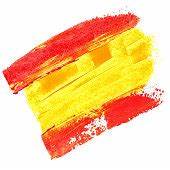 My friend C who lived in Oslo for many years swears a trip to the supermarket will tell you all you need to know about the national character. When I visited her one summer, the first port of call was her local store. Not recalling its name now, I had a quick search and found Coop Obs! (yes, the exclamation mark is part of it), Bunnpris and Joker. I think it might have been Joker, though all three sound a bit of hoot. But from what I remember the experience was fairly low-key. And though I did come away with a tin of reindeer balls (as in meatballs, not the other – though who knows?), I didn’t feel brave enough to make a quip to the Nordic on the till.

I’m spending a few days in Spain (a country I know well) so decided to put C’s theory to the test this weekend. There’s no doubt that an hour in a Spanish supermarket – unless you go at 3pm when self-respecting locals are at home indulging in what they’ve bought and there are only a few stray Germans looking for bratwurst – is quite different from its UK equivalent.

Mercadona is the one I favour. The branches I know are about the same size as a typical Sainsbury’s but there the similarity ends. So how does this food emporium (because that’s what it is) reflect the Spanish character? Partly it’s what we’ve come to expect from any Latin market: abundant, colourful – and full of variety, whether of cured hams or tinned barnacles. But here are some specific pointers:

In the mornings, you practically need earplugs. There is no chance (as there might be at Waitrose) of hearing the sound of someone dropping a yogurt pot or surreptitiously squeezing a baguette. Customers are too busy yelling at each other across the aisles, asking how each other’s mothers are (I think this may be a deep-seated Catholic thing) and marvelling at how well a neighbour has recovered from a gall bladder operation.

Unless you go after 3pm on Saturday (see above – when many supplies are already on the plate or being marinaded for Sunday) they are always plentiful. No sooner has a pile of artichokes or giant green peppers run down than another 10 kilos is tumbled into the container. The deafening noise is partly down to an army of shelf-stackers with loud trolleys and loud voices who are so efficient you’d think they were afraid for their jobs. And perhaps they are: Cadiz province has the highest unemployment per capita in Spain.

There isn’t any. Despite being half a native, I am still shocked by this. If you pause for breath with a bag of peaches in your hand, even if it is clear you were there first and are on a roll, it is not unusual for someone to reach over your shoulder and dump a few kilos of potatoes onto the scales, forcing you to wait. This brings me out in an English harrumph every time, which is duly ignored. It’s a similar pattern at the till. If you only have a few items and see a large trolleyful in front, it’s common to assume you can go first – and almost unheard of to be refused. So, in a Spanish version of laissez-faire, it cuts both ways.

I should say this branch of Mercadona is close to the sea. But, even so, the sight of the fish section (‘counter’ is just too modest and misleading) makes me swoon every time. All of marine life is there, proud, glistening and whole. Not only that, whatever you choose is prepared exactly as you want it in seconds. A contrast to one Waitrose fish counter employee who told me she didn’t have the required health and safety training to gut the fish she was selling me.

And if you don’t know your ‘langostinos’ from your ‘gambones’, it will be explained brusquely but kindly – a combination the British seem to find impossible. Most likely the customer standing next to you will chip in too, with advice on the best way to cook it. I’m still a fish ignoramus, but I learn something on every Mercadona visit.

So, yes, this Spanish supermarket is loud and business-like, queue-denying yet friendly and most of all celebratory. Just like the Spanish themselves.

I never ate the reindeer balls by the way. There always seemed to be something more tempting. But if anyone has tried them, do say…?

4 thoughts on “Can a supermarket reflect a nation?”

Links to my work

A visual journey through the Financial Year 2019-20. A photo a day of the natural world.

Through An Artist’s Eye: Felicia Browne and the Spanish Civil War. Art by Sonia Boué. Poetry by Jenny Rivarola. (2016)

Sonia Boué’s blog about our collaboration